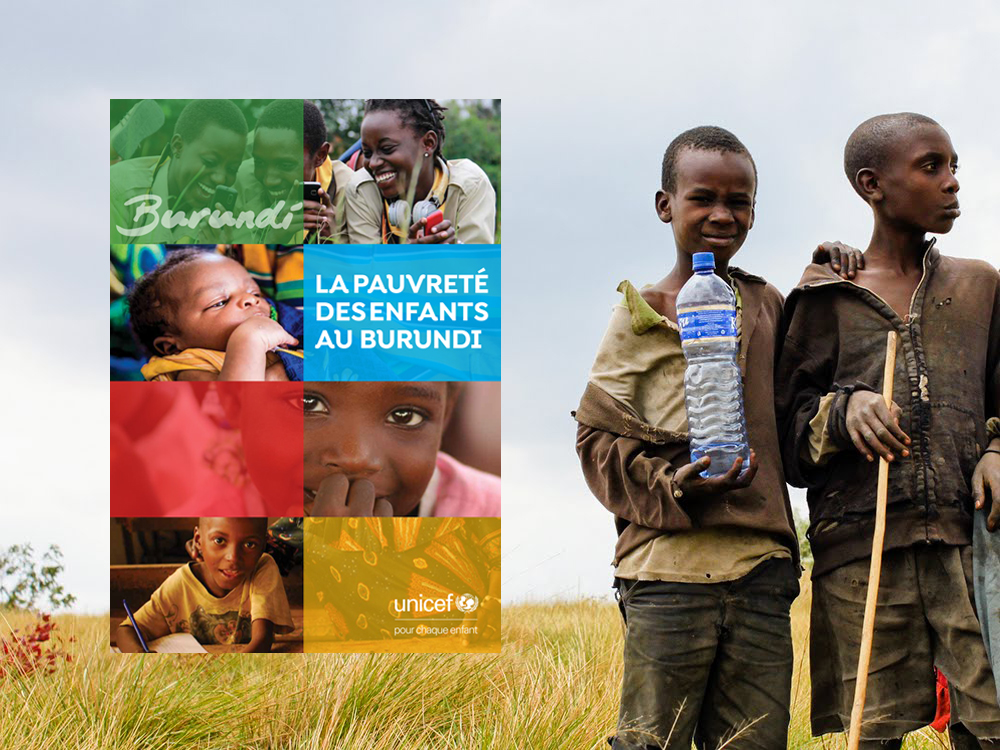 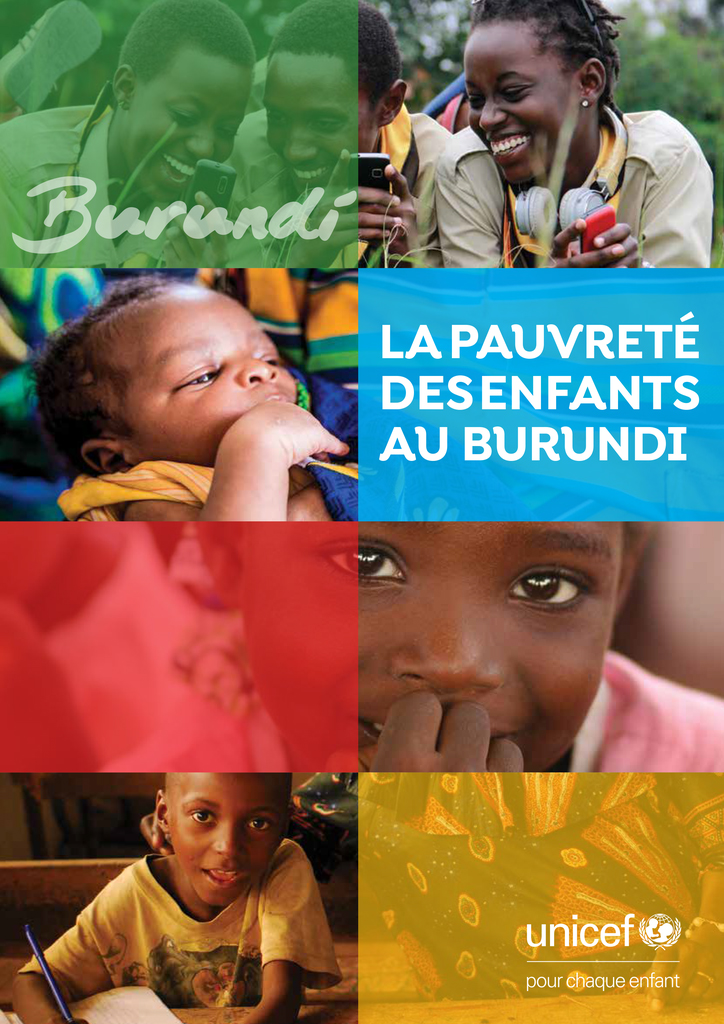 The fight against poverty, especially of children, has been a national concern for many years in Burundi. Considering the multiple socio-economic challenges caused by the political crisis of 2015, it is clear that this fight is not yet won. Despite several measures already taken by authorities in the country, poverty seems to persist among certain categories of children and constitutes a great hindrance for the sustainable development of Burundi. In-depth understanding the nature of child poverty is therefore essential in order to inform policy in decisions and the development of appropriate programs to ensure a better childhood and future in these children.

For this purpose, SPRI Global, in cooperation with UNICEF Burundi, conducted a monetary & multidimensional poverty analysis among children age 0-17 years in Burundi, beginning in 2016. The report is now accessible through UNICEF Eastern and Southern Africa.

The indicators used as proxies for capturing the level of poverty among children were contextualized and are specific to Burundi. The study is based on a national household database namely “L’Enquête sur les Conditions de Vies des Ménages” (ECVMB) 2013-2014. An additional analysis was conducted for children below 5 years on data collected by the World Food Programme in Burundi, which included more specific indicators on nutrition and health. Local stakeholders, namely statisticians from the national statistical institute (Institut de Statistiques et d’Etudes Economiques du Burundi), the University of Burundi and several ministries, were also trained to use the MODA methodology in order to conduct multidimensional poverty analysis.

The study is the first of its kind to be conducted in Burundi. It highlights the multiple deprivations faced by Burundi’s children. The fact that a child can suffer from multiple deprivations is a phenomenon that is unfortunately common in sub-Saharan Africa. The report is thus intended to  inform the decision-making process regarding the development of policies and programs for children in Burundi.