A Special IARIW – World Bank Conference, New Approaches to Defining and Measuring Poverty in a Growing World, was held on 7-9 November 2019 at Convene, Washington DC, and we were happy to be part of it, presenting new research on multidimensional poverty. The International Association for Research in Income and Wealth (IARIW), established in 1947, organizes conferences on topics related to income and wealth throughout the world, generally in partnership with national statistical offices. With a focus on facilitating communication and interchange on measuring poverty, the conference succeeded in bringing together academic and government scholars in the field of economic and social statistics from many countries.

However, as the global proportion of people in extreme poverty declines further, this definition of global poverty may become increasingly less important as countries and development organizations define poverty in more socially relevant and useful ways for policy makers. As focusing on one factor alone, such as income, is not enough to capture the true reality of poverty, multidimensional poverty measurement can be used to uncover a more comprehensive picture. Applying a multidimensional approach to poverty measurement, as an essential complement to standard monetary poverty measurement, our team was happy to present the following papers:

Normative and methodological conceptions of multidimensional poverty have shifted over time, paving the way for both specialised and comparative frameworks which have been heterogeneously adopted by global institutions and national governments to best serve the specialised purpose of assessing individuals’ experiences of non-monetary poverty. A current understanding of the most relevant tools for measuring and monitoring multidimensional poverty is important for disentangling global progress towards achieving targets 1.2 and 1.2.2 of the Sustainable Development Goals (SDGs). This paper compares the Multidimensional Poverty Index (MPI), Multiple Overlapping Deprivation Analysis (MODA), and consensual deprivation methodologies and their empirical applications for measuring child poverty specifically. The three approaches share some characteristics and produce partially similar types of output, though with different results. They also differ on crucial elements, rendering each of them suited for particular types of analyses. We take a policy-oriented perspective to disentangle similarities and differences between the methodologies.

Rwanda is one of Africa’s fasting growing country recording consistently high economic growth since the last few years. One of the objective of the country is to achieve the maximum number of the Sustainable Development Goals (SDGs) by the year 2030. In this paper, we focus on the target 1.1.2 of SDG 1 on multidimensional poverty with a focus on women. Using the UNICEF’s Multiple Overlapping Deprivation Analysis (MODA) tool and the 2014/15 Demographic and Health Survey, we measure women’s multidimensional poverty level. It is found that 65.1% of the Rwandese women are multidimensionally poor and as stipulated by the SDGs, the aim is to halve this percentage by 2030. It is deprivation in the dimensions of Health, Education, Sanitation and Water that are mostly driving this poverty rate. 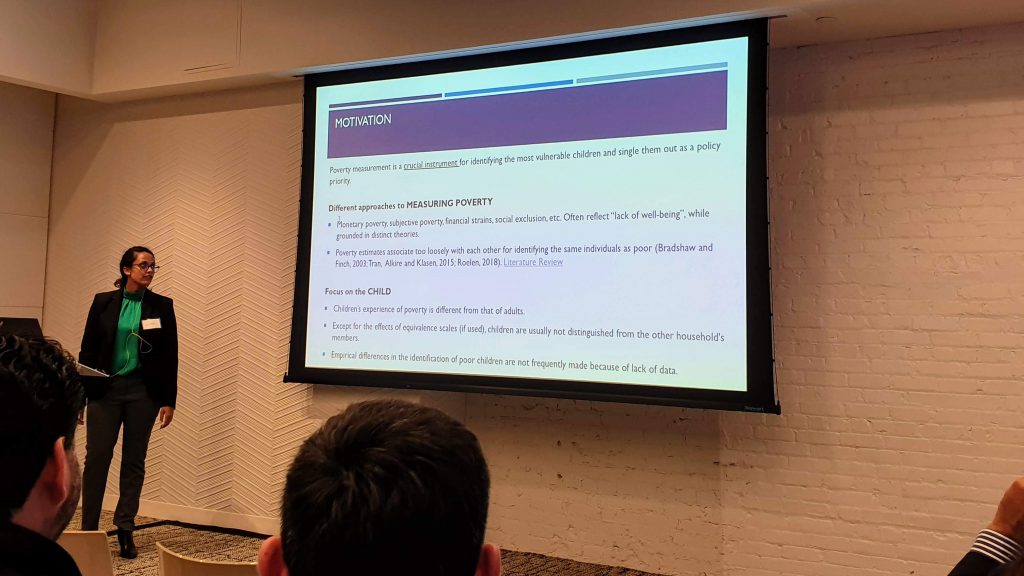 Poverty measurement is crucial to be able to identify the most vulnerable children. This study aims at explaining to what extent and what are the conditions under which monetary, subjective and child multidimensional poverty approaches identify the same children as poor. When measuring poverty, children are often not distinguished from the other household members. However, children’s experiences of poverty may be significantly different from adults. Using national representative individual micro-data from the 2015 Living Conditions Monitoring Survey (LCMS) for Zambia, we show that many characteristics of the child and the household significantly affect the probability of a joint identification of the child as poor according to the different poverty measures.

To find out more about the IARIW and for a complete list of all papers presented and discussed, please use this weblink. 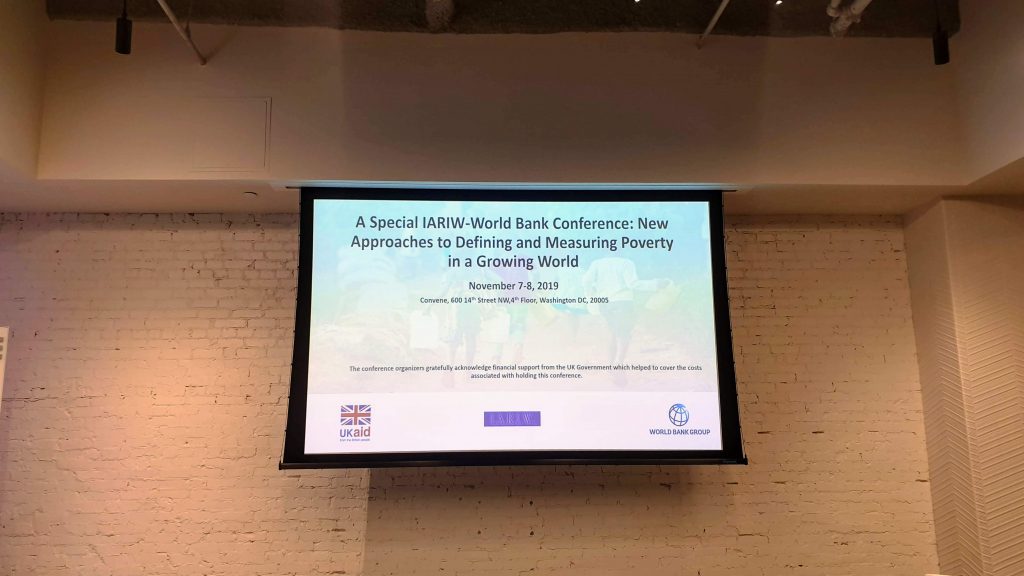