Poverty in All Dimensions Among Children, Women and Men – Results Validation Workshop in Kenya

With solid strides made in development over the last decade, Kenya is in a strong position to make remarkable progress in poverty reduction. It will require specific policies to translate Kenya’s progress into poverty reduction and to make sure that no groups are left behind.

In support of these efforts, a team of our experts facilitated a workshop in Machakos County, Kenya, in collaboration with Kenya National Bureau of Statistics (KNBS), UNICEF, and UN WOMEN Kenya. Held from November 11th – 20th, the workshop’s focus was on the discussion of preliminary findings on monetary and multidimensional poverty, and of the first official measure of women’s empowerment in Kenya.

We were happy to support Kenya’s pioneering work in using UNICEF MODA methodology for measuring multidimensional poverty for the entire population – children, youths, adult women and men, and the elderly. The analysis also includes monetary poverty measurement and overlap between the two measurements of poverty with the aim of identifying the characteristics of different vulnerable groups. The results of the report will be used to set baselines and monitor the country’s progress in achieving SDG 1.2. “By 2030, reduce at least by half the proportion of men, women and children of all ages living in poverty in all its dimensions according to national definitions”. 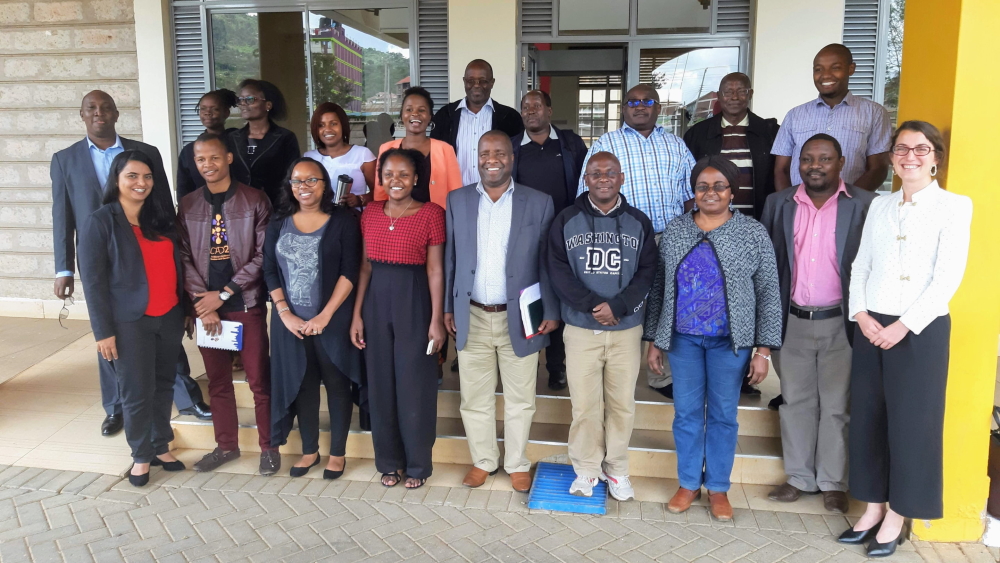 Together with Ethiopia, Kenya is also pioneering efforts for evidence-based policy making in the area of gender equality and women’s empowerment and measuring the country’s progress towards achievement of SDG 5. The corresponding workshop exercise included thorough reviews of literature on conceptual frameworks of women’s empowerment, econometric analysis, and extensive consultations with a wide array of stakeholders to develop an official measure. We are happy to announce that KNBS, UN WOMEN, and UNICEF have already taken the initiative to address the data limitations identified during the exercise in the next Demographic and Health Survey (DHS) wave.

Reports on both inquiries are scheduled to be published in early 2020, facilitating the discourse on wellbeing, gender equality and women’s empowerment. The reports will also form a basis for discussion during the Devolution Conference, scheduled in Kenya for March and intended to allow the Government and its key stakeholders to deliberate and measure the progress made in the big four development agenda priority areas – universal healthcare, affordable housing, manufacturing and food security.